Dominicans at the United Nations

The United Nations was established in 1945 in the wake of World War II in the hope that the world would never again suffer the devastating effects of war. It was founded on the three pillars of peace and security, development and human rights. The United Nations is the representative of the global forum where efforts are made to resolve critical situations in a non-violent manner.

“Making peace with nature is the defining task of the 21st century. It must be the top, top priority for everyone, everywhere “— António Guterres

Dominicans are a non-governmental organization (NGO) at the United Nations in New York, Geneva, Vienna and in Kenya. Dominicans are present at the various branches of the UN around the world.

UN New York is focused on the social protection floors of the people. Advocacy is the primary role of this office.  The OP NGO staff collaborates with the Working Group on Homelessness, NGO Mining working group and its subcommittee on the Amazon, as well as members of the Commission on the Status of Women Group on Girls and the Committee for Social Development.

UN Geneva is where all Human Rights are addressed. The Permanent Delegate to the UN, is Fr. Aniedi Okure, OP. His homeland is Nigeria. He most recently completed his tenure as Executive Director of Africa, Faith and Justice Network in Washington, DC.

UN VIENNA is the seat of a number of UN Offices dealing with a diversity of crucial topics such as transnational organized crime, criminal justice, narcotic drugs, corruption and nuclear energy. The Delegation in Vienna primarily engages with the United Nations Office on Drugs and Crime (UNODC), and more specifically with the Commission on Crime Prevention and Criminal Justice (CCPCJ) as well as Human Trafficking, Prison Reform, Forest Crime, and Education for Justice.

UN Nairobi is the UN Headquarters of the Environment and Human Settlements (UN-HABITAT) programs. The UN Environment Program (UNEP) is the principal global organization dealing with environmental issues. It plays an important role in supporting nations to deliver on their environmental commitments. It deals climate change, ecosystems, biodiversity, chemicals, waste, air, water, oceans, seas and forests.

Since 2018, Dominicans for Justice and Peace has been an observer to the United Nations Environment Assembly (UNEA) of UNEP, enabling Dominicans to have an active presence in the various sessions of the UNEA and its subsidiary bodies. (taken from Dominican Annual Report)

In 2019, an operational team of two Dominican volunteers was established and an advocacy strategy for engagement with UNEP was developed. The United Nations Environment Assembly (UNEA), UNEP’s governing body meets every two years. The Delegation began to follow the quarterly sessions of its main intersessional organ, the Committee of Permanent Representatives (CPR), and at times the two-weekly meetings of its subcommittee. 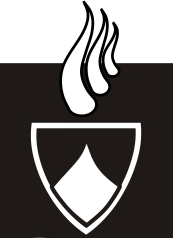